Babajan in North Carlton is undeniably one of Melbourne’s most acclaimed cafes. Since 2016, owner-chef Kirsty Chiaplias has garnered international acclaim for her Turkish-inspired meals, salads and house-made treats – but made a bold (though necessary) move in 2020 by turning Babajan into a takeaway-only operation in the wake of Melbourne’s rolling lockdowns.

The move turned out to be a successful one, and in 2022 Chiaplias opened a second takeaway-only spot in a bright location on Little Collins Street in the CBD. Like the original, there’s a glass cabinet brimming with Turkish-style sandwiches, house-made boreks and colourful Mediterranean salads.

But there are plenty of Little Collins exclusives, such as a roast chicken sandwich with pinenuts, preserved lemon and stuffing; and a braised lamb and eggplant kofte number with whipped feta and spinach.

Also on the menu are Simits (a Middle Eastern circular bread encrusted with sesame seeds) served with whipped ricotta, hazelnuts and quince; eggplant aleppo and cheddar; and pastirm, scrambled egg and harissa.

Chiaplias is just as renowned for her sweets as she is her salads and sarnies, and you might find white chocolate and date lamingtons, walnut baklava, banana and tahini loaf café and chocolate halva tart.

Just like the North Carlton original, you can pick up Babajan’s own retail products to take home. Floor-to-ceiling shelves are crowded with hard-to-find Middle Eastern and Mediterranean ingredients; from eggplant aleppo to harissa, and baharat to sumac.

Though Babajan is primed for takeaway, there are a handful of tables outside to make quick work of a silverbeet and fetta borek and a coffee. 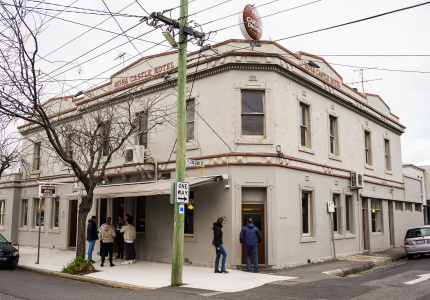 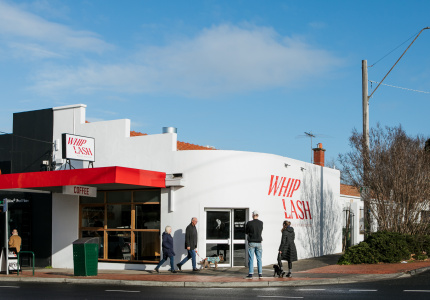 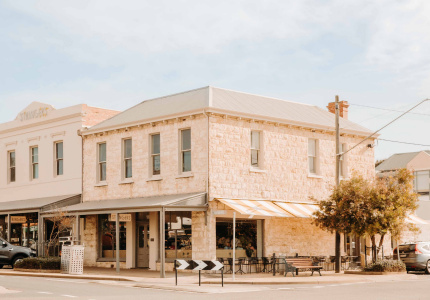