Food We Fight About: Anchovies 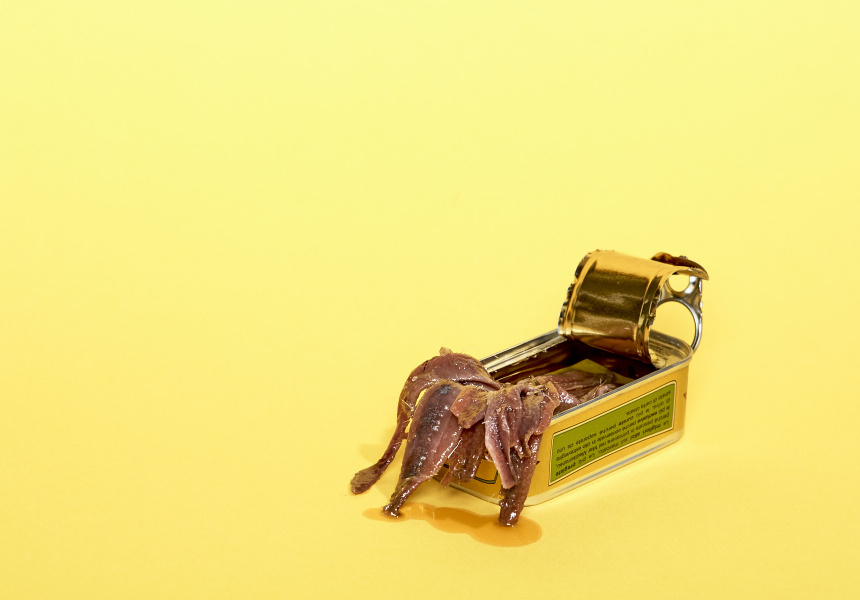 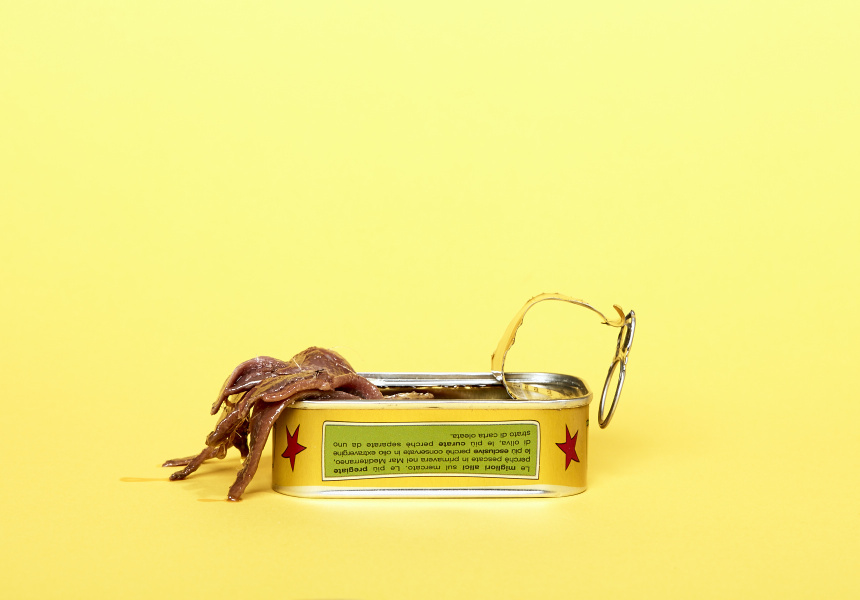 The idea of a smelly, hairy fish is quite disturbing. What benefit is hair to a sea creature, anyway? As a child, your first experience with anchovies is usually choosing a pizza. “What kind of pizza do you want, kids?” says every parent. “One without anchovies!” says the child who’s never tasted them but somehow knows they hate them. They’re a bit different to fish fingers.

If years have passed and you’re still grossed out by them as an adult, would it help if you knew they weren’t actually hairy? They’re not the Chewbaccas of the sea – the little hairs are actually fish bones and they’re completely safe to eat. So now they’re just smelly fish.

Just make sure you’re eating the good ones. “People hate anchovies because they have never tried a quality anchovy fished from the Atlantic rather than the Mediterranean,” says Frank Camorra, chef and owner of Movida. “The Atlantic anchovies are plumper, with a higher fat content, making them much firmer in texture and more delicious, as well as less salty.”

One of his most popular dishes at Movida Aqui is the anchovy with smoked-tomato sorbet. “The anchovy we use for our anchoa dish is the Emilia brand from the tiny northern Spanish coastal town of Santona,” says Camorra. “This town is famous for one thing only – anchovy production. In fact, the entire town smells like anchovies all year round.” Despite believing the anchovy is one of the world’s greatest food products, even Camorra says Santona “is not a place you want to go for a holiday”.

Italians have been putting anchovies on bread for more than 2000 years. Ancient Romans made fermented fish parts into a paste called “garum” and they were also among the first toppings on pizza when its modern iteration was invented in Naples in the late 18th and early 19th centuries.

Johnny Di Francesco was the first Australian ever trained in Naples to the strict Associazione Verace Pizza Napoletana VPN rules, and runs the three 400 Gradi restaurants across Melbourne. His anchovy-laden pizza is the Napoletana, which is topped with San Marzano tomato, fior di latte, olives, oregano and, of course, anchovies. “It’s a lot more popular than people think,” Di Francesco says. “But unfortunately, some people do request it without anchovies.”

But Di Francesco tries to stick up for the salty, polarising fishes. “Sometimes the waiters at 400 Gradi will encourage them to give it a go,” he says. “They probably have a very different perception of what anchovies taste like. Most people first get a taste for anchovies in a dish or a meal that doesn’t actually complement them, so their initial, and often lasting, perception of anchovies is quite negative.”

At Grub Food Van in Fitzroy, Spanish anchovies are served on toast with sweet-and-sour onions. The rich saltiness of the anchovies swipes right on the sugary pickled onions and is the perfect match. First date venue: your mouth.

Anchovies can even replace a salt grinder. Salted popcorn will never be good enough once you’ve tried the rich umami taste of anchovy popcorn. Heat some chopped, cured anchovies in a frying pan with some oil and cook for a few minutes, then roll your popcorn through it.

Not ready to incorporate anchovies into your snack routine? A good gateway anchovy experience is eating them fresh. “They have a much milder flavour,” says Di Francesco. Perhaps an even easier way into the anchovy universe is to use Worcestershire sauce more; they’re one of its key ingredients.

If you haven’t already booked a one-way ticket to Santona to lie on the anchovy-stained beaches, here are some anchovy dishes to try.

Where to try entry-level anchovies
Scotch fillet with an anchovy, sage and whole-grain-mustard butter at Cicciolina, St Kilda.

Emily Naismith is a founder and host of Ingredipedia, a factual food fight podcast made in Melbourne. To learn more about anchovies, listen to the anchovies episode.

A special thanks to Senserrick Grocer for supplying the anchovies. Food We Fight About: Coriander

Food We Fight About: Blue Cheese

Food We Fight About: Pineapple

Food We Fight About: Pickles