Ko Samui and the Paradise Principle 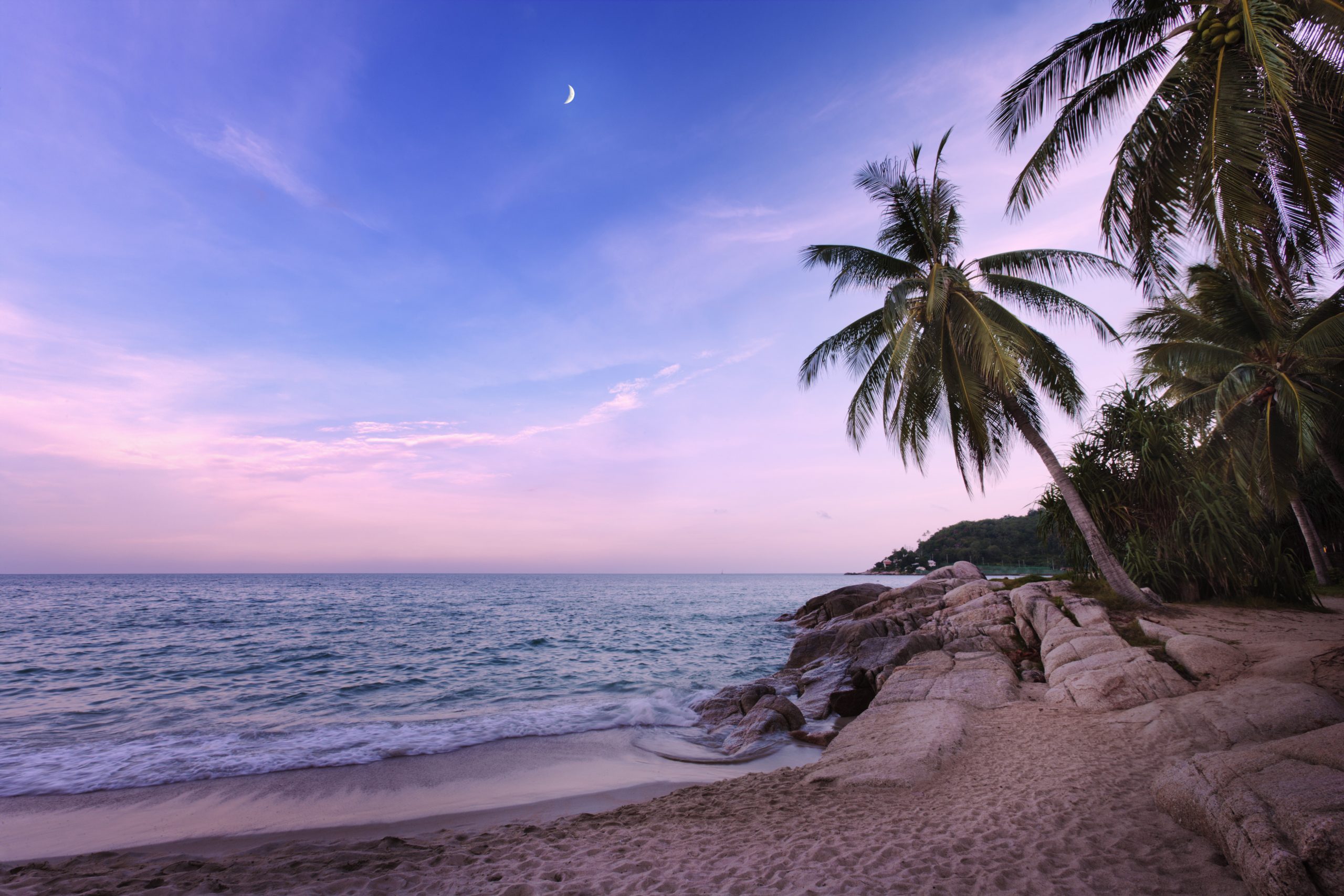 People have been lamenting the degradation of chosen places ever since Adam turned to Eve and said, “You think this is Paradise? You should have been here yesterday.”

It’s the Paradise Principle: Every great place you ever go was oh-so-much-better five years before.

A few summers ago I went to Hong Kong for a conference and then on to Bangkok to see some old friends. I had a few free days in Thailand – I’d been to Chiang Mai and Phuket 20 years before, but the rest of the country was a palmy blankness on my map – so I canvassed fellow travelers for recommendations on where to go.

“No, those places are already ruined,” others intoned, “go to the islands of Krabi.”

And then one exceedingly well-traveled friend said, “Go to Ko Samui.”

“Ko Samui!” people cried. No self-respecting traveler went there anymore; Ko Samui was right up there with Goa and Bali on the list of Paradises Lost. Yet something in my heart leapt at the sound of the name. It was a kind of incantation I had been hearing for years. Ko Samui! My mind was made up.

The island’s intimate airport was disarmingly, charmingly, laid-back. A woman from the Chaweng hotel where I had made a reservation met me with a broad smile, picked up my bag and took me into town.

Yes, there were lots of sun-seared non-natives who apparently weren’t aware of the latest ultraviolet warnings. Yes, there was an endless thumpa-thump-thump of canned music booming from streetside bars. Yes, there was a scraggly straggle of T-shirt shops and souvenir stops and bootleg boutiques lining the main street and yes, there was a distinct scent of night-blooming romance in the back-alley air.

It took me a full day to appreciate the state of the travelers here, but then I understood: They are here to enjoy, to poke around tacky shops, to fry in suntan oil under the poolside sun, to engage complete strangers in conversation, to sit in noisy, diesel-perfumed streetside restaurants, to gather in raucous bars, all tattoos and body-piercings – they are on vacation, or they are permanently on the road, and this is what they do.

Call them the New Hedonists. They are not here for cultural enrichment. They are here because it’s beautiful and relatively cheap and you can live the good life with very little effort – lots of alcohol and sex and then you can do the same again the next day. For them, this is paradise.

After another day in Chaweng, I moved a quarter of the way around the island to Mae Nam, and there an entirely different place came to life. I stayed in a hut on a long, wide, sandy beach. At 8 am the sun was already blazing overhead and the beach was deserted. Prototypical palms leaned over the wide white sands, which bent in a Kodak crescent around a tranquil, tepid sea. The beach ran into lush tangles of green trees and brush. In the opposite direction, a few fishing boats bobbed on the placid water. This was tranquility incarnate.

I spent the hot day exploring. I went to Nathon, which was surprisingly friendly and refreshingly cheap, then continued on around the western end of the island toward honky-tonk Lamai. This trip revealed the most unspoiled part of the island – vast virgin stands of coconut palms and almost no email/money exchange/overseas call/book a tour/reconfirm tickets places; thatched and corrugated metal and wood and concrete/cinderblock homes; smoldering fires; copra processing plants; mothers bouncing babies; lush green mountains; kids playing in a stream; rocky beaches; long-prowed fishing boats.

The days that followed were filled with glorious torpor. An elephant with a little girl on top wandered down the beach. Just before them, a man in a conical hat walked by carrying a pole on his shoulder, balancing two thatched baskets filled with fried fish and bowls of sauces.

One evening I had an absolutely magical massage at the lovely Tamarind Springs, a Midsummer Night’s Dream place come true at dusk, with frogs croaking and bats or swallows swooping and the voices of the ancients whispering from the sacred herbal pool, rising into the twilight that hung in the tops of the pine trees. Flute music descended from the massage sala as if from heaven, fireflies flitted among the dense green bushes, and savoring the soft slick sheen of the massage oils on my body and their lemongrass scent, and sinking again into the pool, I remembered how her hands and elbows and arms had prodded me and twisted me and made my body feel as close to putty as it had for decades.

I was finally way into the rhythm of this place, and could easily imagine being back on the road. It’s a seductive lifestyle, where your biggest concerns are where you’re going to eat tonight and whether to go to the Green Mango or Full Circle and if you should stay around long enough for the next full moon party or just move on to Laos or Cambodia or Malaysia – you’ve heard the beaches there are pretty amazing and how long have we been here anyway, is it four months or six? And where was it we were meaning to go?

On the morning of my departure I sat one last time looking out on, savoring, the incomparably serene scene: sand, palm trees waving and catching the sun, the sparkling aquamarine sea and beyond the hazy green hills of Ko Pha-Ngan. The palms were an intricate interplay of light and shadow, dark green and lemon green and fat coconuts waiting to fall. The swash of the waves seemed to get tangled and to echo in the swash of the palm fronds in the tradewind.

I wanted to take it all with me: Muang Kalaypan, a lovely oasis in crazy Chaweng; hustling, party-time Chaweng itself; Wild West Lamai; the unspoiled southwest curve of the island; and the slice of heaven on Mae Nam, a place of rest and restoration, languid as the long liquid fingers of a Thai dancer.

That’s the thing about the Paradise Principle. If you don’t know what Bali or Goa or Ko Samui was like all those years ago, they seem pretty damn idyllic when you’re there, even now. In your poor, late-to-the-party ignorance, you just don’t know what you’re missing. And in this case, at least, another old principle applies: Ignorance is bliss.