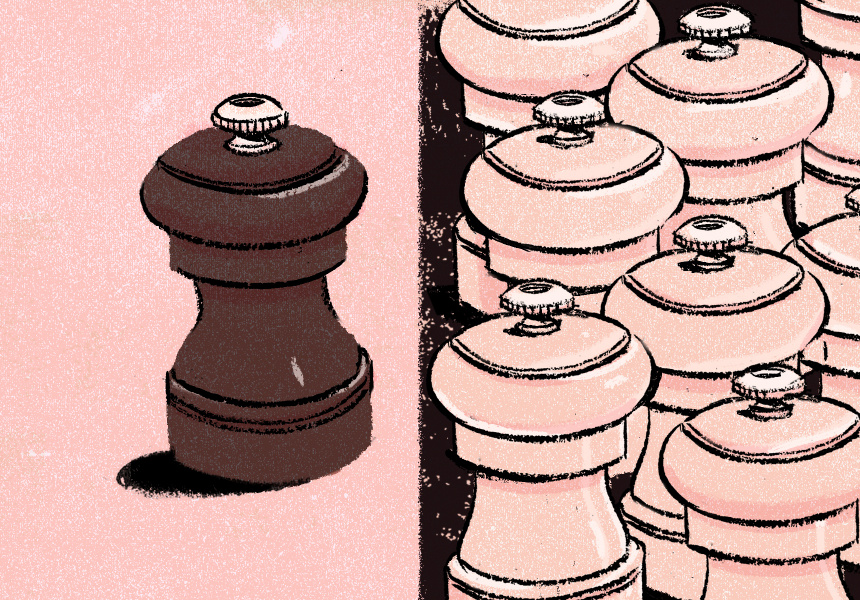 Saxa. That was the one and only salt we had in our kitchen when I was growing up. The humble old table salt, white and heavily ground.

Now a visit to the supermarket reveals an apothecary of grinders, boxes and vials filled with coarse, chunky salt, pounded powders and crystalline rocks in black, rose pink, fire red and sea grey. In other words, we’re living in a glorious salt heyday.

But with choice comes confusion – which one should you buy? For one of Australia’s most famous chefs, Curtis Stone, that’s an easy decision: buy as many as you can afford. “Each has a different use and benefit,” Stone tells Broadsheet. “Surprising as it may be, there’s good reason to keep all varieties in the kitchen.”

The Melbourne-born and now US-based Stone (many know him as the face of Coles, but he also runs a number of eateries, including the Michelin-starred restaurant Maude in Beverley Hills) says you should think of salts as having different skills and strengths.

Firstly, he says, you should always have a box of cooking salt in your pantry – it’s a great all-rounder. (In in North America, cooking salt is called kosher salt or koshering salt.)

“It’s flakier and coarser-grained than regular table salt,” says Stone. “Its large grain size makes it perfect for sprinkling on top of meat when you’re about to eat – it can release a surprising blast of flavour. Kosher salt also dissolves quickly, making it a perfect all-purpose cooking salt.”

The most commonly used salt in Oz is table salt – Saxa still being Australia’s most well-known brand, partly because it’s economical. “Table salt is harvested from salt deposits found underground and is highly refined and finely ground, with impurities and trace minerals removed in the process. It’s also treated with an anti-caking agent to keep from clumping,” says Stone, adding that it’s iodised, meaning it’s been fortified with iodine to help address iodine deficiency-related health problems.

By contrast, sea salt, which is harvested from evaporated seawater or saltwater lakes, has a coarser grain than table salt and contains minerals such as zinc, potassium and iron, which impart a more complex flavour profile. It’s good to sprinkle on top of food before eating. “It offers a different mouthfeel and a bigger burst of flavour than table salt,” says Stone. “The trick, though, is making sure those flakes aren’t too big, as it will dominate your palate.”

Many brands also sell flaked salt, which is harvested from saltwater through evaporation or boiling to produce a thin, irregular-shaped salt with low mineral content. “This shape means the crunchy salt flake dissolves quickly, resulting in a ‘pop’ of flavour … Use it as a finishing salt, especially on meats.”

And then there’s Himalayan salt – that pretty pink “breakthrough” salt that has ascended beyond its culinary purpose (ie to make food salty) to become a supposed cure-all for your health issues (cures that should be taken – excuse me – with a grain of salt).

Although the name suggests it comes from the Himalayas, the Khewra Salt Mine, where most of it is unearthed, is actually between Islamabad and Lahore in Pakistan, south of the Himalaya Mountains.

Stone says the colour ranges from off-white to deep pink and it’s rich in minerals. He uses it as both a cooking and finishing salt. You can also get blocks of the stuff to cook on, curing or searing to impart your protein with a lick of salt.

Finally, there’s what some people call the caviar of salts: “Fleur de Sel, or ‘flower of salt’, is a sea salt hand harvested from tidal pools off the coast of Brittany, France,” says Stone. “Paper thin salt crystals are delicately drawn from the water’s surface, much like cream is taken from milk. This can only be done on sunny, dry days with a slight breeze, and only with traditional wooden rakes. Because of its scarcity and its labour-intensive harvesting, fleur de sel is the most expensive salt (two kilograms will cost you a cool $80).”

Stone says this one has blue-grey tint and he uses it as a finishing salt to add a dash of flavour to meat, seafood, vegetables and even sweets like chocolate or caramel.

For even more tips on how to use salt like a pro (and how to avoid the biggest salt mistake when you're cooking) listen to the latest episode of our new podcast, FYI. Looking for more cooking hacks? Our Kitchen Hacks series is filled with simple ideas to instantly improve your cooking. 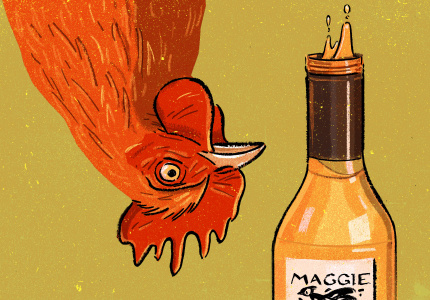 Kitchen Hacks: The One Thing Julia Busuttil Nishimura Says You Should Never Be a Tight-Arse With