It’s the only Australian venue to make the cut, coming in at number 84 – although an Aussie-run Singaporean eatery is there, too. Today’s list raises the question: will the two Victorian restaurants that featured in last year’s longlist make the top 50? And will any other Aussie venues be recognised? 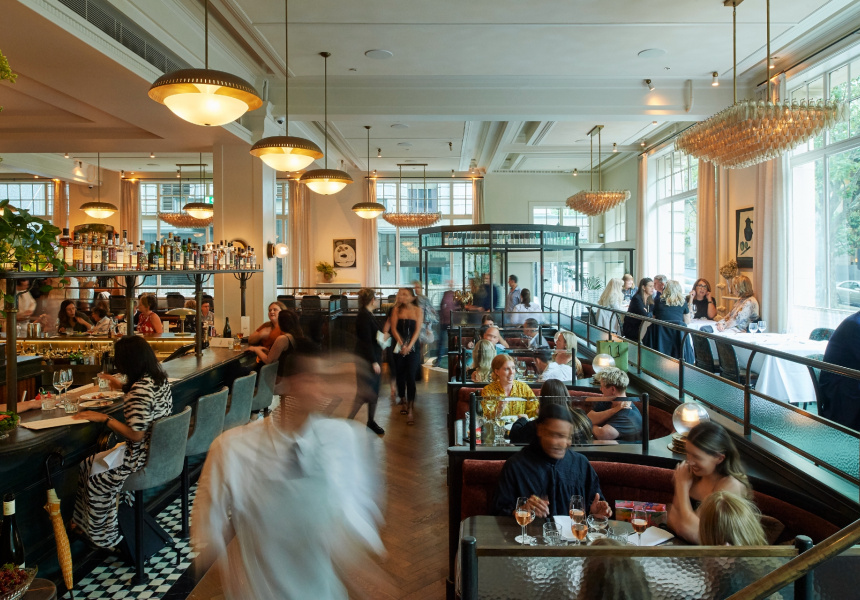 Opening in 2020, Melbourne’s elegant Gimlet at Cavendish House was an instant success. Its old-world charm, reminiscent of grand hotel dining rooms in New York or London, harked back to a glamorous period of carefree indulgence and excess. It’s the type of establishment that caters to mid-afternoon Martinis and platters of rock oysters through to duck poached with salt and spices and fries with garlic butter at dinnertime.

Today, restaurateur Andrew McConnell’s Gimlet has earned a prized position in the World’s 50 Best Restaurants 2022 longlist – coming in at number 84.

The countdown of excellent eateries between 51 and 100 is a teaser for the World’s 50 Best Restaurants awards, which will be announced on Monday July 18. It’s the 20th anniversary of the awards and last year René Redzepi’s Copenhagen restaurant Noma was awarded top prize.

The long and short lists are compiled by a 1000-strong team of panelists, namely chefs, restaurateurs and journalists who’ve eaten at the world’s finest diners. Last year, Victoria’s Attica and Brae were the only two Australian restaurants named in the 51 to 100 category, coming in at 97 and 57 respectively. They weren't in today's announced list, raising the question: will the two Victorian restaurants that featured in last year’s longlist make the top 50, or no list at all? And will any other Aussie venues make the cut?

“It’s an amazing honour to be included on the list and great validation of the incredible work the entire team at Gimlet has put in,” Andrew McConnell says in a statement. “Cavendish House is a big part of the equation – the room is unique to Melbourne, and it has a sense of theatre and drama to it that’s fun and not too serious. To me it feels like an old-world moment with a contemporary edge.”