“Life is better with pleasure, and everyone deserves access to frictionless pleasure,” says founder Hugh Crothers. Drip’s range includes an organic oil-based lube and minty-fresh breath spray, but its non-sticky water-based lubricant is a clear customer favourite so far. 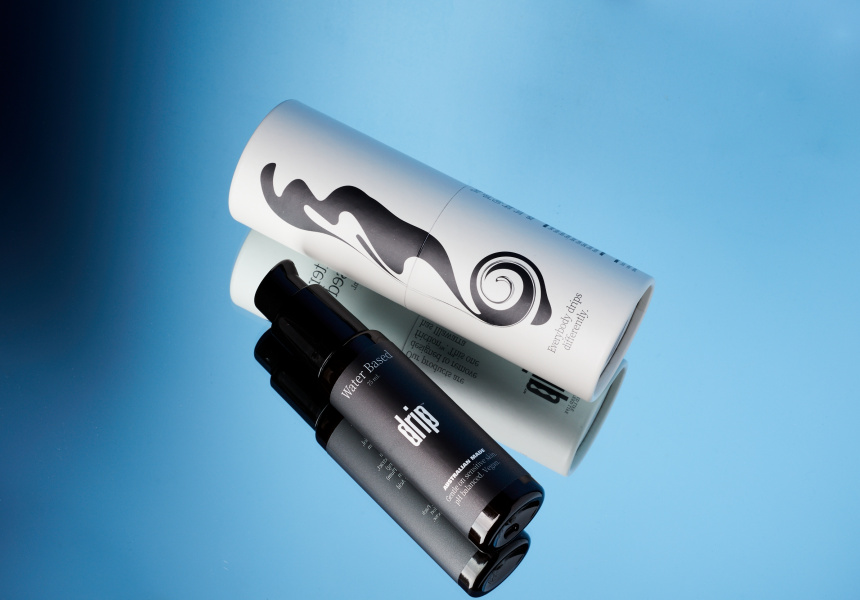 When Melburnian Hugh Crothers started his company Drip in 2021, he set out to challenge outdated structures around sex and pleasure by offering Australian-made products such as non-sticky water-based lubricant and an antibacterial sexy toy spray.

“After spending 15 years exploring my sexuality after coming out, I became highly aware there wasn’t a trustworthy source of sex education that was pleasure focused, that spoke to me like an uncle or an aunt,” says Crothers. “One that listened and gave advice without judgement, shame or bias, with the experience of pleasure front of mind.”

Drip launched in July 2021, first as a platform called Drip Feed, which included essays about trans sex by trans woman Bayley Turner, ones about postpartum pleasure by sex coach Tamica Wilder, lessons from nonbinary sex worker Alex Xand, and an account of foods you can fuck with, written by sexologist Chelsea Liley.

“I think the content is really pushing people to be more open-minded and it’s creating a sense of community,” says Crothers. “I’m super proud of that. It’s doing exactly what I’d set out to do. We are creating dialogue in a space which previously had very little.”

In Drip’s online shop, you’ll find four Australian-made products, including its most popular purchase, the water-based lubricant. “People seem to really love it,” says Crothers. “I think the formulation speaks for itself. It was about the sixth iteration after testing on different bodies and sexual practices.

“Ultimately, I think what people love is that it doesn’t have that sticky, tacky, yuck smell or taste. You can easily get away without showering after using it, and you don’t have to race to the bathroom after sex to clean it off.”

The founder’s favourite product is the oil-based lubricant in its smallest size, 30 millilitres. “You can keep it in your bumbag or handbag, it has a lockable top and guard – and it means you can be ‘ready’ whenever. It encourages adventurous behaviour, which is what Drip is all about.”

Both lubricants start at $17 a bottle, and the other products – a minty-fresh breath spray and an antibacterial sex toy spray – are $20. Customers can also select an organisation to support when buying their items online. Five per cent of every sale is donated to either Black Rainbow, an organisation promoting the health and wellbeing of Aboriginal and Torres Strait Islander LGBTQI+ people; Scarlet Alliance, which advocates for sex workers’ rights; or Bump’n, which develops sexual health products and services for people with disability.

“Life is better with pleasure, and everyone deserves access to frictionless pleasure,” says Crothers. “That’s why Drip is so important – it’s a sex-positive brand and community where nothing is taboo if you’re a consenting adult … The brand is a love letter to my 20-year-old self: a resource, a sage, for people who can at times feel so isolated.”

Crothers tells Broadsheet the response so far has been fantastic. He once met a trans customer at a festival who whipped out a bottle of lube to show she was a fan. “She asked me what I did and I told her I had recently started a small intimacy and sex brand. She whacked my shoulder, looked me in the eye and then out of her tote bag she pulled our water-based product. She said it’s the only brand she’ll use now. That was a special moment.”

Larger formats of the existing lubricants are in the works, plus Crothers tells us they’re in the process of dermatological testing for an adult wipe. “It’s large, thick and luxurious while also being biodegradable and compostable. The formula sits at a lovely intersection of our two best products, the oil- and water-based products … so you can feel confident at a hook-up or after work, not needing to shower before meeting a partner or heading on a date.” 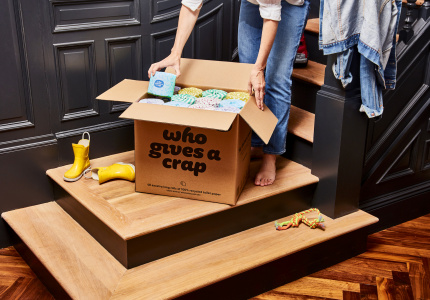 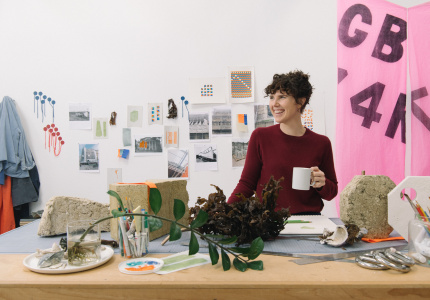