Win an Eight-Day Adventure in Morocco

In partnership with G Adventures, we’re offering you an eight-day guided tour from Casablanca to Marrakech. 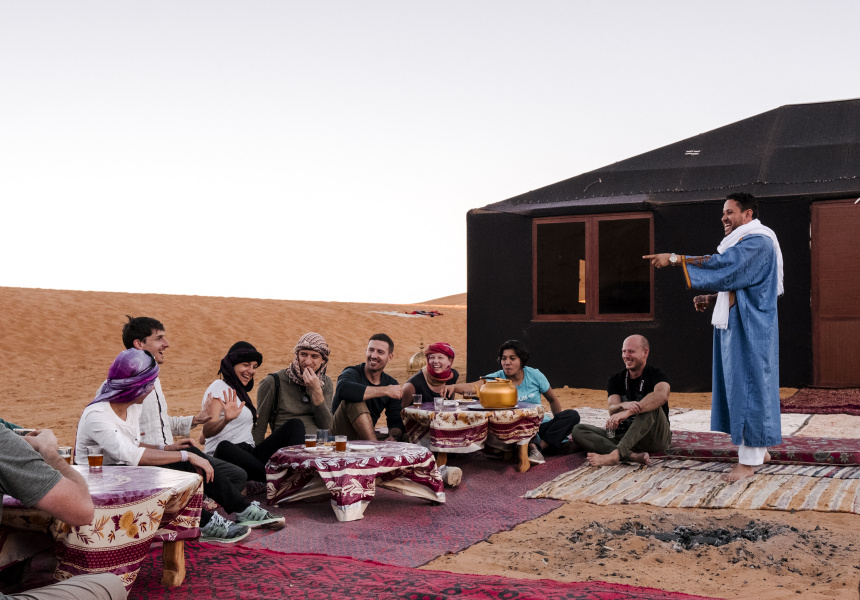 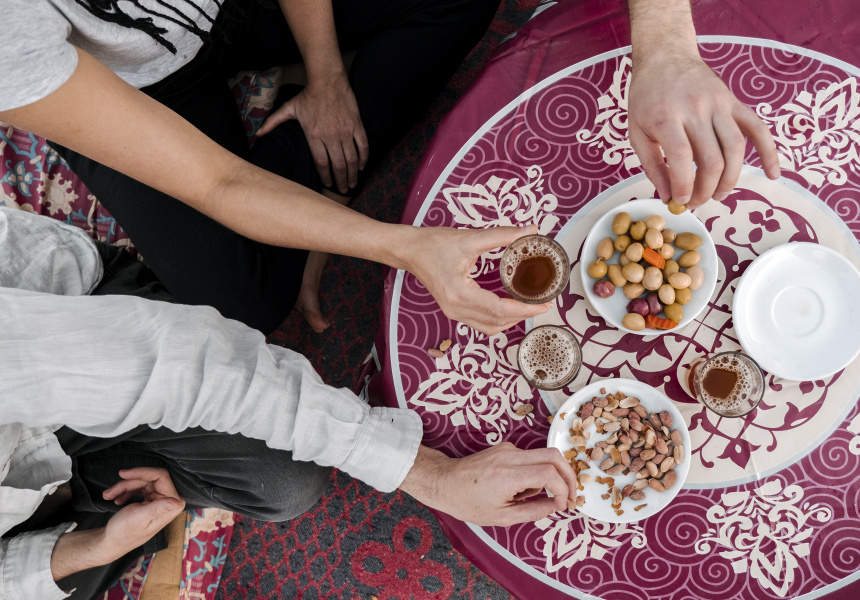 This competition has now closed. The winner will be notified by Monday 4 March.

We all know the easiest way to combat those back-to-work blues is planning an overseas jaunt. Which is why Broadsheet and G Adventures want to send you on an eight-day guided trip to Morocco, Qatar Airways flights included. Yes, really.

We’re offering one lucky person and a friend the chance to experience the ancient cities, breathtaking deserts and cuisine of Morocco.

On your first day, check into a hotel in Casablanca, home to some of the world’s most beautiful Art Deco, Gothic and brutalist architecture, with a thriving live street-art, dance and music scene.

On your second day, prepare for a guided tour of the Roman ruins of Volubilis, filled with sights and stories that’ll transport you back to the empire at the height of its glory. Then, you’ll arrive at Fès – a city of cafes, restaurants and wide boulevards to explore. Enjoy a traditional home-cooked Moroccan lunch in the ancient city of Meknès and spend an hour or two unwinding with the locals at the hammam (Turkish public baths).

Day three will give you a chance to take a guided tour through the Fès medina, where you can watch carpenters, bakers, butchers, leather workers and spice sellers trading their wares along the winding streets. Immerse yourself in the bustle, and pick up some souvenirs before returning to the hotel.

From Fès you’ll travel to Merzouga by car, then ride a camel into the dunes of the Sahara Desert. Sleep under the stars (in a tent) after enjoying a dinner of local cuisine and mint tea. The next day, early risers can catch the sunrise, before continuing on camel to the picturesque Todra Gorge, where you can either choose to hike, recline by the riverside or sample some local delicacies.

Day six will take you to the Aït Ben Haddou Kasbah – a historically significant location, which will be a familiar sight for fans of Game of Thrones and Hollywood films such as Gladiator. Later on, enjoy perfecting the sweet and savoury flavours of tagine in an optional cooking class, after which you can enjoy the final dish for dinner before retiring to the hotel.

Lastly, you can’t leave Morocco without putting your haggling skills to the test at the countless food and local goods stalls of Djemaa el Fna Square. For nature lovers, perhaps try taking in the stunning views along the High Atlas Mountains via the Tizi n’Tichka Pass. On your final day, enjoy a hotel breakfast before leaving Marrakech at your leisure.

This exciting Morocco trip is the second in a four-part series of competitions we’re running with G Adventures, sending winners on ethical adventures around the world.

Established in 1990, G Adventures specialises in providing travellers with a unique overseas experience. The driving force of the organisation is the promotion of responsible tourism – working closely with local businesses, services and people to ensure travel dollars stay in the local economy.

This article is produced by Broadsheet in partnership with G Adventures and Qatar Airways.